Songs For The Dead 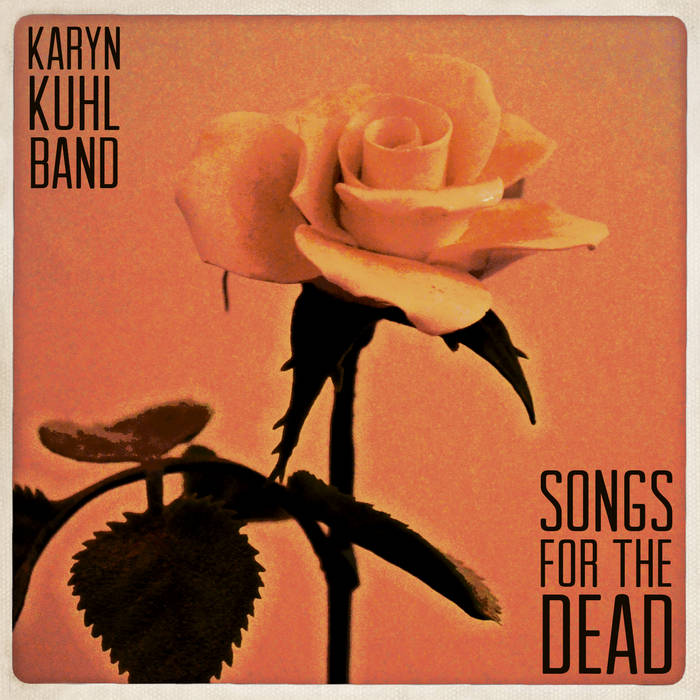 Karyn Kuhl is a Hoboken based singer, songwriter and guitarist who started out as the front person for 80's Hoboken post-punk Gut Bank and 90's rock trio Sexpod. Gut Bank released the LP The Dark Ages on Coyote Records in 1986 which was produced by Roger Miller (Mission Of Burma).

KK didn't hit her stride until she formed Gut Bank in 1984 along with bassist Alice Genese and drummer Bob Bert. Bob left the band before their first gig to rejoin Sonic Youth. Tia Palmisano stepped in on drums and Mike Korman rounded out the lineup on second guitar. Gut Bank was active from 1984-1989. In the independent music heyday of the '80's, they toured the US and shared the stage with Richard Hell, Sonic Youth, Husker Du, Soul Asylum, etc.

"Sexpod, who in their previous incarnation as Gut Bank, preceded and predicted such smart, powerful female punks as Hole, Babes In Toyland, PJ Harvey are back with a killer debut called Goddess Blues "- Jim DeRogatis/ Chicago Tribune

KK began playing solo shows in the late 90's and formed a band under her own name in 2000. Her first EP Little Demon Girl was self-released in 2001. A second EP The Beautiful Glow 2003 and full- length Cigarette Songs 2007 were both produced by Super Buddha (Blondie, Debbie Harry). The band included Tom Costagliola on drums, Kurt Ritta on bass, Lola RocknRolla on sax and Alicia Godsberg on guitar.

Songs from Karyn's solo recordings are featured in several independent films including Concussion 2013, I Heart Boys 2012, In Twilights Shadow 2008, Girlplay 2004, and Dragzilla 2002. She has also contributed guitar tracks to Le Tigre’s album This Island- and co-wrote and contributed vocals to hip-hop artist Arty McFly track Slip Away.

The Karyn Kuhl Band was formed in 2010 with Lou Ciarlo on bass and Jonpaul Pantozzi on drums. Songs For The Dead recalls the lush minimalism of Karyn's earlier solo recordings as well as the fiery guitar work from her Sexpod days. Alicia Godsberg and Lola RocknRolla contributed guitar and sax to the recording. The band has been showcasing material from Songs For The Dead with James Mastro (The Bongos, Ian Hunter) on guitar.

While seduced by ethereal melodies and hypnotic beats, Karyn Kuhl's music continues to be held under the sway of the blues. Songs For The Dead illustrates Karyn's depth and versatility as a songwriter, singer and guitarist. A dreamy mix of deeper musical influences such as bossa nova, jazz, triphop, rock and blues reveals her inner world.

For latest band news and gig info or for more info on Karyn’s solo releases visit our Facebook page:

Bandcamp Daily  your guide to the world of Bandcamp