The Stars Will Bring You Home 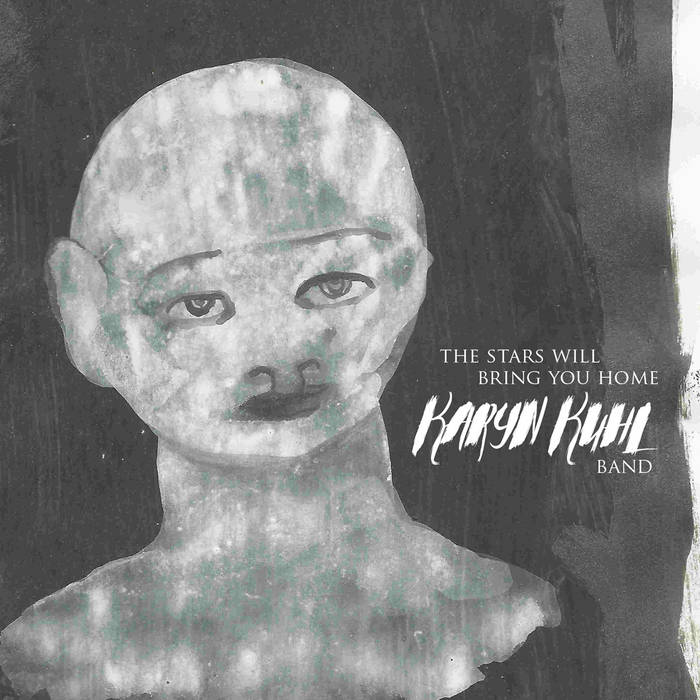 John OToole another mind blowing groove set from the extraordinary Karyn Kuhl Band. the bar is raised once again!

The Stars Will Bring You Home is the newest EP from the Karyn Kuhl Band.

Home for Kuhl is Hoboken, NJ, where she was a founding member of Gut Bank and Sexpod, two staple bands during the much-revered Maxwell's club's legendary heyday. The album was produced by another Hoboken stalwart, James Mastro (The Bongos, Ian Hunter), and recorded at the local Nuthouse Recording studio by Tom Beaujour (Nada Surf, Juliana Hatfield), and at Water Music by Rob Harari.

"The songs on this collection were written and recorded in a couple of creative bursts," explains Kuhl, "so it only seemed right to present them as one ‘family,’ especially since they are a cycle of songs about relationships. I wanted to record them as they were penned: fast and live, capturing all the adrenaline that comes with it." The one cover on the collection, "It Was A Very Good Year,” came about by happy accident, and was adopted into the family and included on the EP.

"We were asked to choose a Sinatra song to perform for a show celebrating what would have been his 100th birthday. At rehearsal, I started singing ‘It Was A Very Good Year,’ but Lou (Ciarlo- bassist) kept playing the bass part to Jefferson Airplane's ‘White Rabbit.’ Jonpaul (Pantozzi) added the classic song's military drum beat, and a weird, unexpected hybrid of the two was formed. Kinda like peanut butter and chocolate."

Known for their explosive and haunting live shows, The Stars Will Bring You Home captures the rhythm section's 0-to-60 hairpin dynamics, along with the weaving sonic textures of Kuhl's and Mastro's unique guitar interplay. Above it all is Kuhl's rich, expressive voice, capable of drawing you in with a whisper or a scream.

"Most of the lyrics and melodies came from dreams or a place just below everyday consciousness that I can only get to when I'm alone. The collaboration with my band helps give the songs tangible shape and a way into the world."

In the last verse of the ethereal "Conjuring You,” Kuhl sings: "So I drove to the shore in your El Camino, waiting for instructions from Brian Eno," taking the listener on a hazy, exhilarating trip while referencing one of the band’s influences.

The Stars Will Bring You Home travels a bluesy road of loss and resiliency from the bittersweet slide guitar on "Sad Eyes" to the fuzzed out grind of "Not Like That.” In "Lobster Girl," Kuhl wonders, "If I cry, maybe I'll just float away on an ocean of tears." But these songs clearly deliver her – and the listener – on a new, solid ground waiting to be explored.

Published by The Kuhlest Music (BMI)

For latest band news and gig info or for more info on Karyn’s solo releases visit our Facebook page:

Bandcamp Daily  your guide to the world of Bandcamp